Penrod Shero
Update 14/04/2020 – Is There a Myron Bolitar Movie on the Way?
Although I wrote this post back in January 2018 it’s suddenly started getting lots of visits.

Is this due to Harlan’s latest Netflix show The Stranger or is it a sign that a Myron Bolitar film is on the way or that Myron Bolitar is coming to Netflix?

We can only hope – Articulate in the comments below if you know more.

I haven’t made a New Years resolution this year as I know it will only get broken within a few weeks so instead I am making a New Years Wish List.

This list is in no particular order (yet) as I dare say more things will spring to mind over the following days.

I’ll start with this though,

I don’t particularly want to see an adaptation of any of the books Myron Bolitar has featured in but after watching Harlan Coben’s The Five I would love to see something similar based on Myron and Win.

I’ve read in a few places that Harlan Coben isn’t too keen on a Hollywood version of Myron and to be honest I wouldn’t want Myron in a big Movie like James Patterson’s Alex Cross but Myron and Win in something similar to The Five would be riveting.

If not Myron how about Win?

Harlan may be a bit to precious about allowing Myron Bolitar on our screens but if this is the case how about a stand alone story featuring Win?

Myron could still have a small part as he does in the latest novel Don’t let Go but the main story could be more like Home with Win as the main character.

Who Would Play Myron Bolitar in a TV Movie

If my wish were to become true I would prefer it to be a Myron Bolitar Movie rather than a Win one but haven’t really thought about who I would like to play Myron (mainly because I don’t really know the American actors) – Who Would you like to see playing Myron Bolitar in a TV Movie? 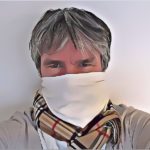